Three-quarters of British businesses believe a significant skills crisis will hit the UK within the next three years, according to a new report.

More than 600 business leaders were interviewed for the report by the Prince's Trust and HSBC.

More than 40% said they were already experiencing skills gaps within their firms, while more than a half are facing difficulties filling vacancies.

Firms in all major sectors and with more than 500 employees were surveyed.

Getting people with the right skills, especially young people, has long been an issue for British business.

What is striking about this report is the extent to which company bosses think this issue could now hold back future growth.

Two-thirds of them (68%) said they feared skills shortages would put the brakes on the economic recovery, while one in three (35%) feared it would cause their business to fold.

A third of firms (32%) reported skills shortages at entry level.

"It is deeply concerning that employers are struggling to fill vacancies when we have hundreds of thousands of unemployed young people desperate for work," said Martina Milburn, chief executive of the Prince's Trust.

"The current economic recovery is encouraging, but in order to sustain this growth, UK plc needs to invest in the next generation to avoid a skills vacuum." 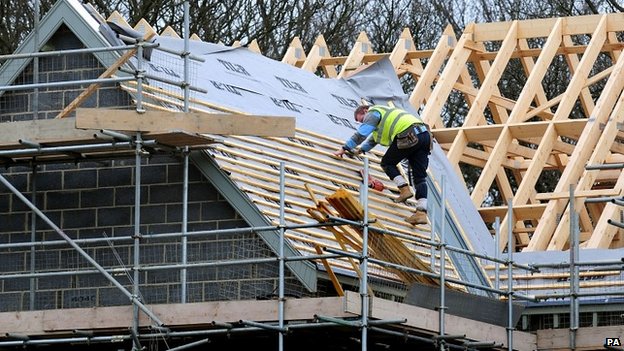 The construction industry is one sector which needs more workers.

"We would agree there is a skills shortage," said Tony Ellender, emerging talent development manager at the company.

"In particular, all of us struggle to fill roles like graduate civil engineers, graduate quantity surveyors and many of the trades that you'd find on a construction site, such as workers who deal with cladding and steel frames as well as electrical apprentices."

Balfour Beatty decided some time ago to do something about it.

It has now broadened the net when it comes to recruitment - for instance it is working with the Prince's Trust to support unemployed young people back into work.

The survey found that 71% of businesses experienced an increased demand for their services over the last 12 months, with 63% saying that they were growing faster than this time last year.

However, more than half (59%) pinpointed faster growth as the cause of the current skills gap, while 45% cited their ageing workforce as a concern.

"The lack of skills in key sectors risks acting as a brake on our economic recovery," said Rob Wall, head of education and employment at the CBI business group.

As ever, the tricky question is how to bridge the gap.